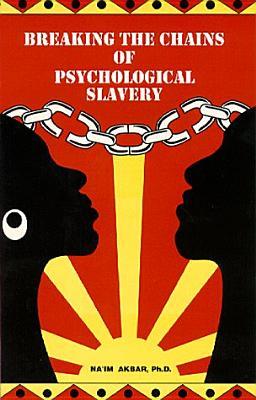 ” Are Melanin people still slaves? Technically?” “Why can’t melanin people come together as one?” “What is the psychological consequences for Melanin and Albinoid seeing a white jesus, is their a post slavery trumatic syndrom that has now become the Chains of Psychological Slavery? (Physically free but Psychologicaly free)

he made awareness how to break the chains of Melanin mental slavery with this book by Na’im Akbar Breaking the Chains of Psychological Slavery by one of the world’s outstanding experts on the Melanin race mind. In this book, Breaking the Chains of Psychological Slavery , Dr. Akbar talks about “the ghost of the slave plantation” and how that ghost still, in fact, haunts Melanin people today. The “ghost of the plantation can be described as the impact of slavery and the influence of the Caucasian images for worship on the mental state of African-Americans. The ghost of the plantation affects our attitudes on work, property, leadership, the family, and how we view ourselves and other African Americans. I wholeheartedly agree with Dr. Akbar’s belief that this still affects African Americans today in 2015. Dr. Akbar talked about how slavery affected our families. Slavery is the reason why our mothers lay up and have multiple babies by different men and black women have resentment toward black men. In slavery times, women were only evaluated by their ability to birth children. She was a breeder. Therefore today, we have so many “frustrated young African American women choosing to come breeders in search for an identity.” He also talked about how slavery has affected our work ethic. Most African Americans’ disdain for work is rooted in slavery. Slavery was a forced labor, that worked a slave from “‘from day clear to first dusk.’” The slave was forced to work “under the threat of abuse, or even death.” Working, for African Americans, has been a forced act and punishment. 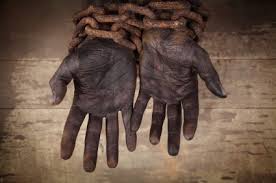 This is proven by the joke or slang expression of “working like a slave” that we use to this day. The slave would not profit nor enjoy the benefits of his or her labor; the slave owner would reap all of the benefits without doing any of the work. This has also influenced black people to pursue “careers” as street hustlers and pimps. The African American’s desire to avoid work also contributes to the excessive gambling, get-rich-quick-schemes, and over-dependency on welfare in the African American community. Slavery also affects how we spend money. The slave was only allowed to own very little– if that. The slave master, however, owned a beautiful house, exquisite clothing and objects. This has led African Americans to two either be resentful towards property or create an unnatural obsession–most often the latter. There is an obsession with wealth and property in the black community. African Americans throw money on “expensive, flashy clothes and cars,” to show off and be associated with wealth. There is also a “frequent tendency to confuse tokens of power with genuine power.” Although we have been “free” for years, the ramifications of slavery still haunt us today.

Dr. Na’im Akbar: is a clinical psychologist well known for his Afro-centric approach to psychology. He is a distinguished scholar, public speaker, and author. Na’im Akbar, originally named Luther Benjamin Weems, Jr., was born on April 26, 1944, in Tallahassee, Florida.[4] He attended the Florida A & M University Laboratory School, and all-Black school, from kindergarten through high school, and graduated from high school in 1961.[5] As a child of Black middle class parents, Akbar was in an unusual situation at the time as both of his parents were college educated, a rare circumstance for a Black child growing up at the time. His childhood was spent in a segregated southern community in Tallahassee, but he lived in a unique community where “academic excellence was the unquestioned standard”.[5] At a time when Black people lived in both socially and economically oppressed segregated communities, this emphasis on academic excellence was fairly uncommon.

[1] Akbar entered the world of Black psychology in the 1960s, as the Black Power Movement was gaining more and more momentum.

[2] In the 1970s, Akbar published his first critiques of the Eurocentric psychological tradition, asserting that this model maintained the intellectual oppression of Melanin race. Akbar criticized the pathology perspectives that had taken over as the dominant literature on Melanin race.

[3] Many of his major works involved mental health among Melanin race.